Inherited from a competitor that had entered into administration during design, Colorminium were engaged by contractor McLaren Construction to pick the design up, assess the engineering and buildability and then take the project through to completion. The façade was the key package for this refurbished building that saw the existing façade stripped away back to the existing concrete frame. It was the re-clad in triple glazed unitised curtain walling that spanned the 3m structural bays and covered floor-to-floor in height.

Working with the existing concrete frame had enormous challenges in that a hollow-pot slab could take no significant loadings. This ruled out any craneage from the roof and the location and size of the building meant there was no site room for this either. To this end, a design was worked up for the new BMU at roof level that meant this could utilised for installing the large unitised panels. Complications were also uncovered with structural issues at the slab edges that meant all loadings had to go back to column lines.

With the design running to completion, Colorminium stepped in to source glass and fabricate the unitised in a very short space of time to salvage the project programme. This proved particularly challenging considering the long lead-in periods for the high specification, low-iron, triple glazing – some with interstitial copper mesh to the south facing façade.

With the bulk of the work being the unitised glazing, other areas included a structural parapet formed at roof level to hide the plant and a new main entrance with structural glazing and revolving doors. Architectural cladding and metalwork was also included in our package including soffits, fascias, balustrades and copings.

The client’s aspirations of achieving the appearance of a newly constructed office building were successfully achieved and within a challenging programme. The floor to ceiling glazed units increase natural light into the building and achieve Part L compliance through the triple glazed elements. 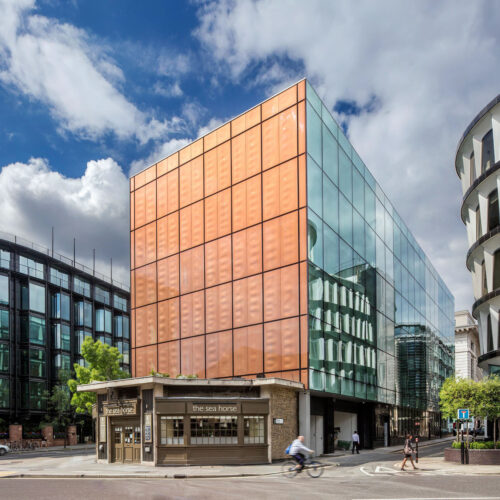 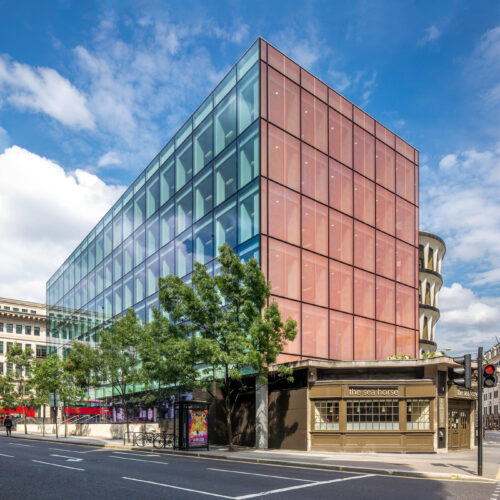 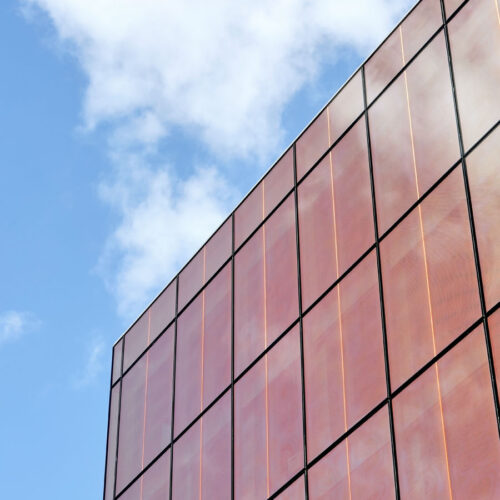 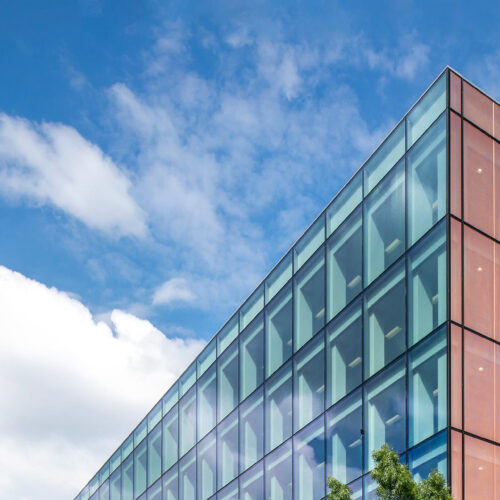 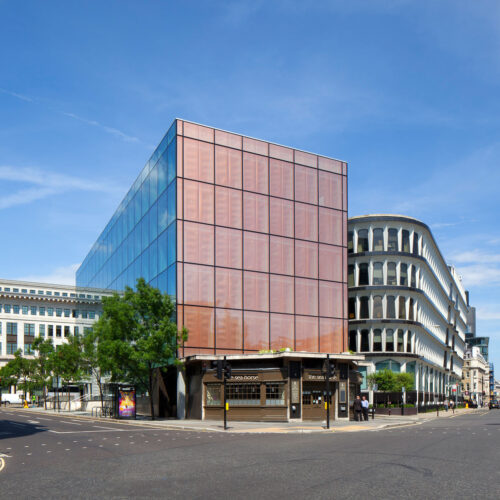 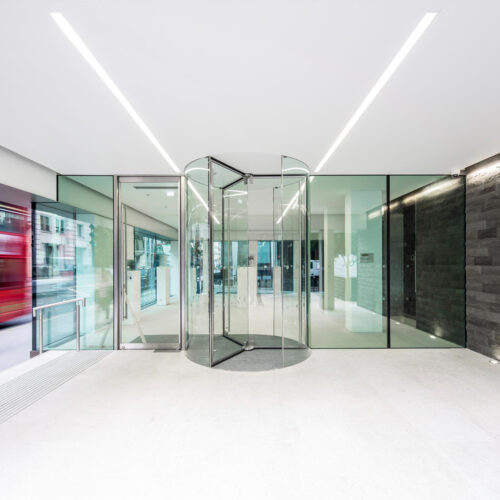 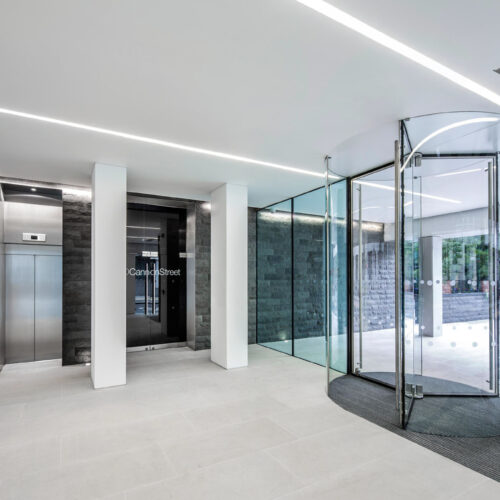 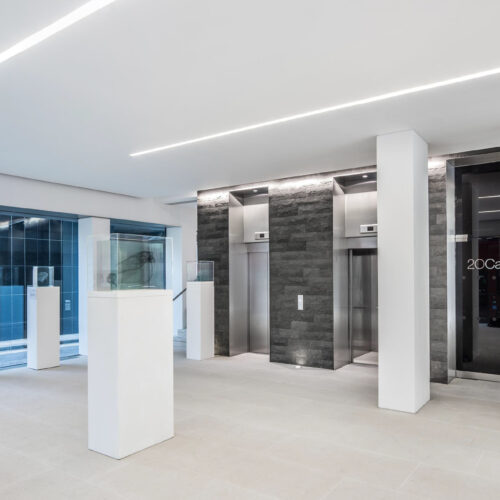 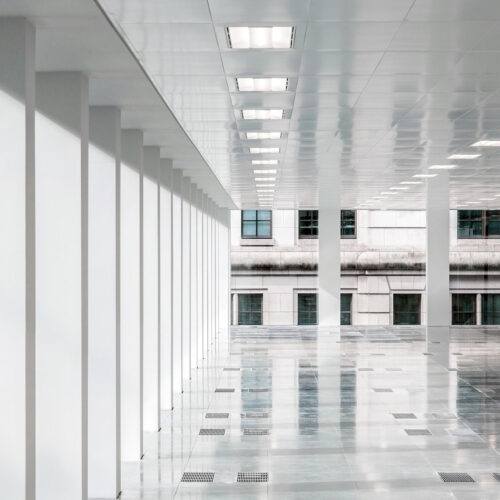 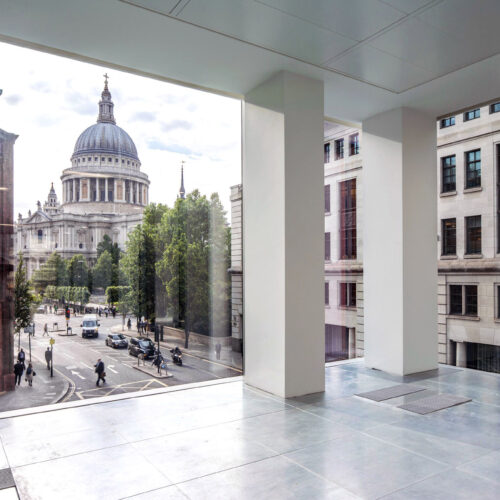 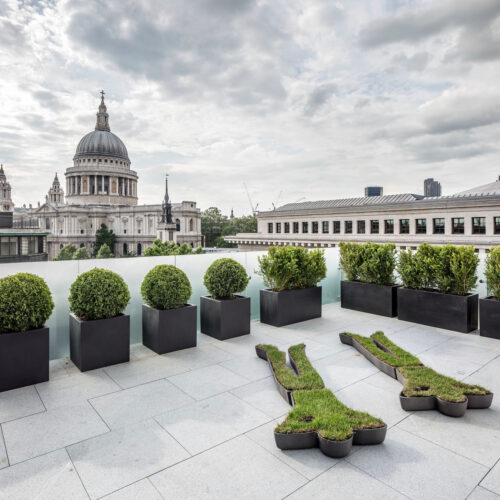 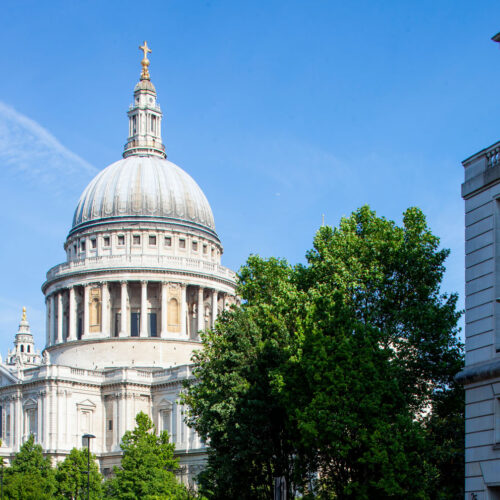 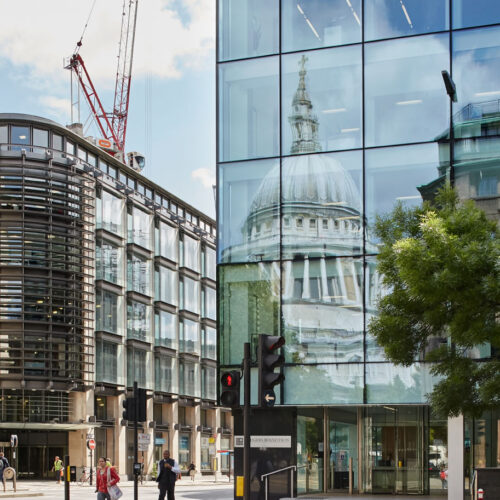 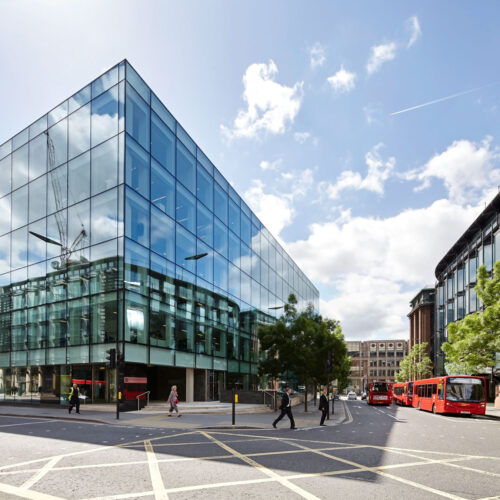 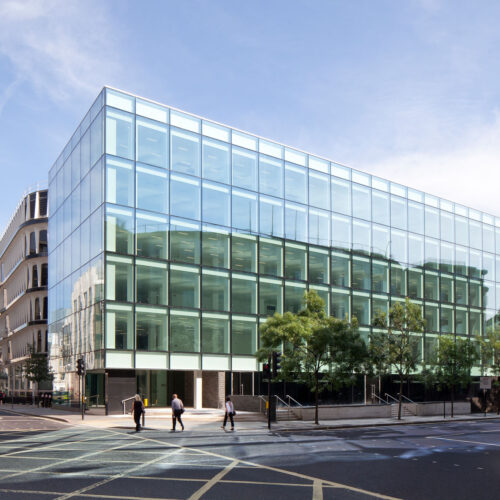 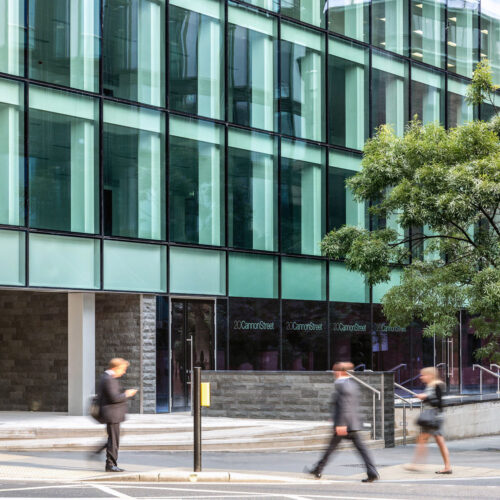 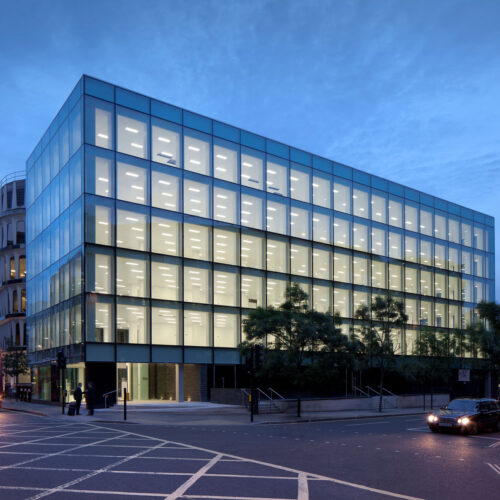