Augustine House is the biggest building project undertaken by Christ Church University since the first campus was built in 1963. Featuring prominently in the University’s portfolio it provides its students with a brand new library and services centre with places to learn, work and interact.

Due to the high importance of the building to the client, the right choice of façade partner was fundamental to ensuring that their vision could be successfully delivered with no aspect compromised. With an architectural design that was complex in detail but simplistic in approach, it needed a passion and collaborative spirit to bring it to life. Colorminium were employed for this role and joined the design team and contractor to bring our expertise to bear on this very visual aspect.

A concrete frame construction was used to create two parallel flanks to the building that was then joined with an impressive glazed atrium. The angular aspects of the building and clean architectural feel, leant itself to a structurally glazed curtain walling system for the majority of the glazed elements and married in well with a small proportion of pre-cast natural stone elements.

Once the frame was constructed the building envelope started to close in with the main frontage constructed from curtain walling and as the building returned down the flanks, an element of cladding was introduced to break up the glazing. With Colorminium responsible for the total envelope with the exception of the pre-cast, the sequencing was vital to ensure that the weathering lines and building performance was successfully maintained. Further ‘punch-hole’ window elements were installed into solid cladding zones bringing the main elevations watertight and allowing internal trades to commence.

The atrium space had a steel structural frame to project the line of the glazing above the two flanks and express it as a central feature. This frame was then clad in a structural roof glazing system that beautifully matched the seamless curtain walling. This roof glazing, then returned over both ends, flowing into vertical curtain walling that formed the main entrances into the building at either end. Further elements of architectural cladding and metalwork were then designed to sympathetically close in the remainder of the building.

For the client and team of contractors, the whole project was a total success. Early involvement allowed the intent to be steered within the budget parameters and gave enough pre-construction time to plan and implement an effective delivery to the delight of all parties. 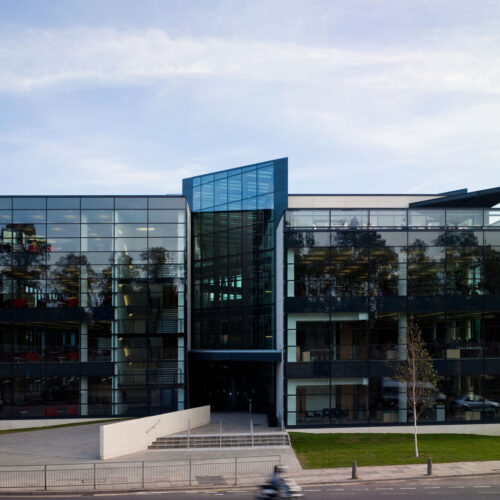 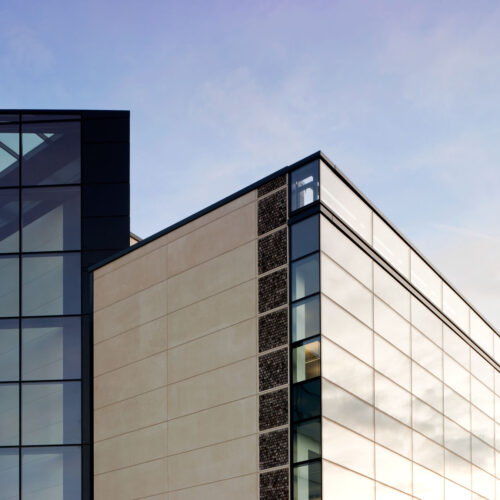 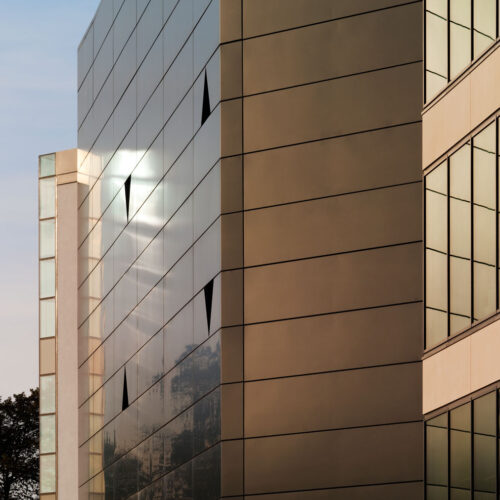 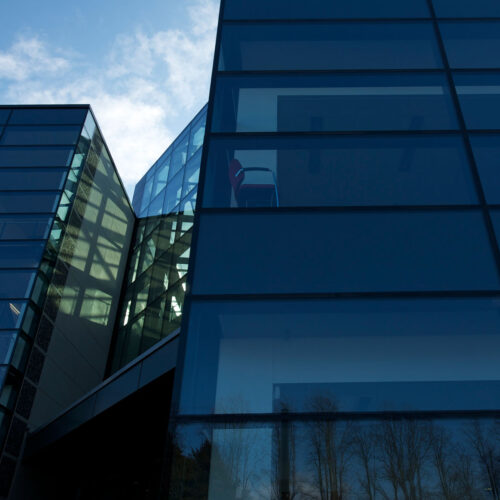 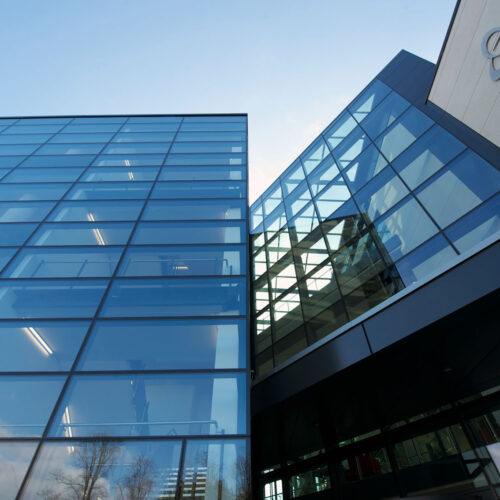 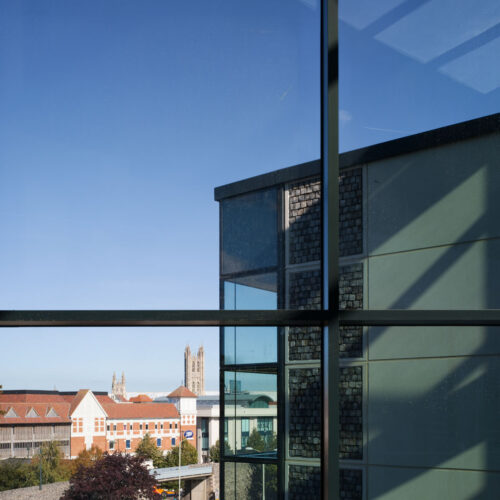 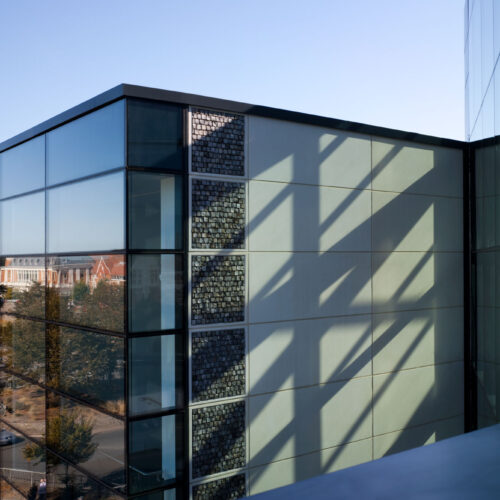 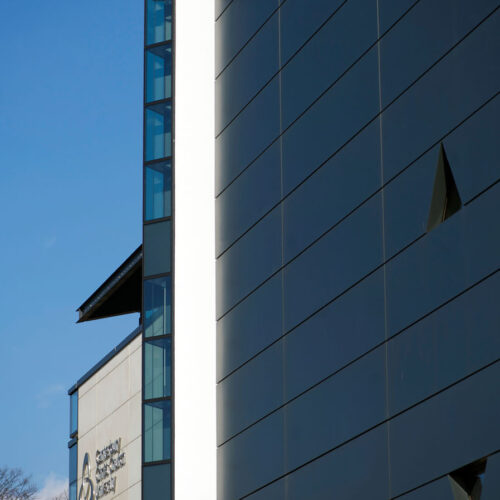 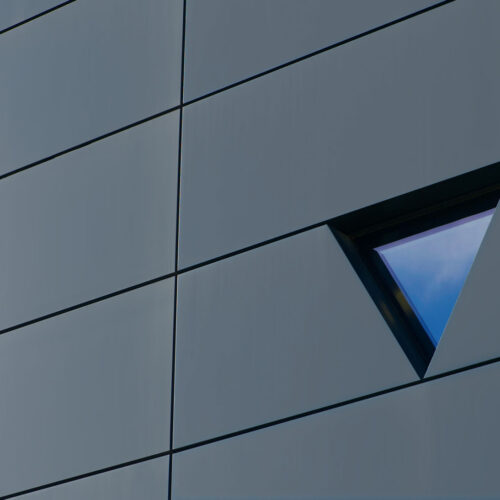 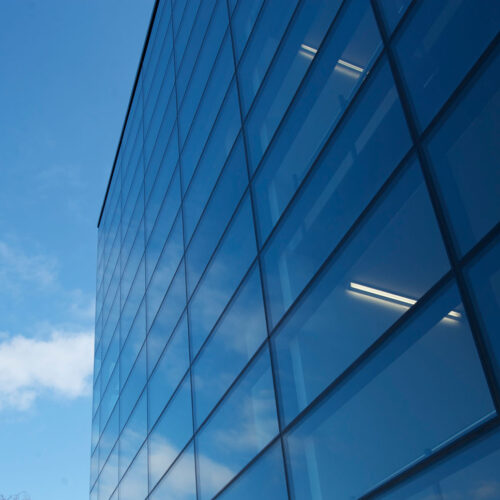 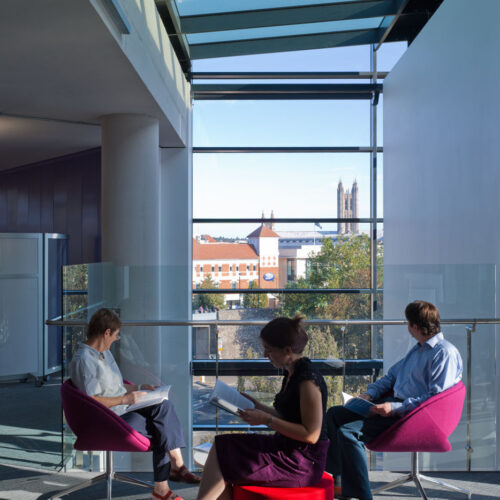 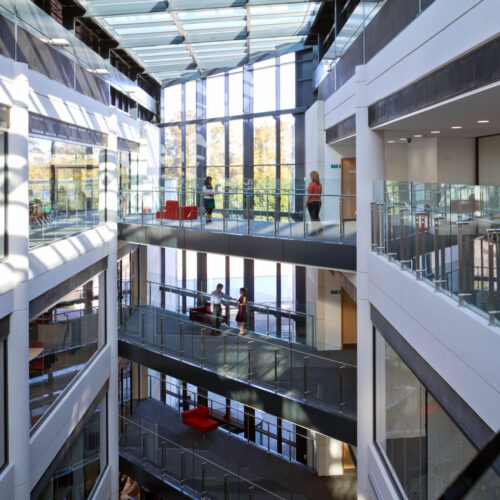 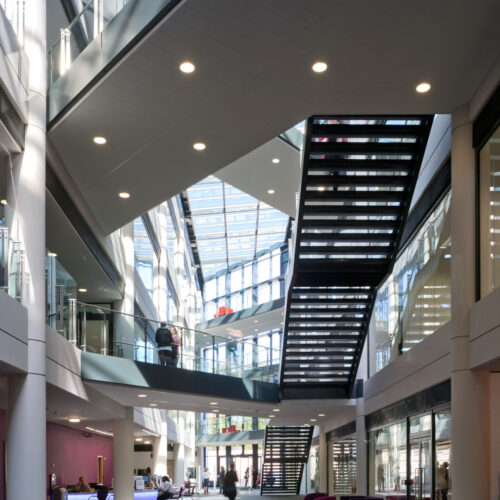 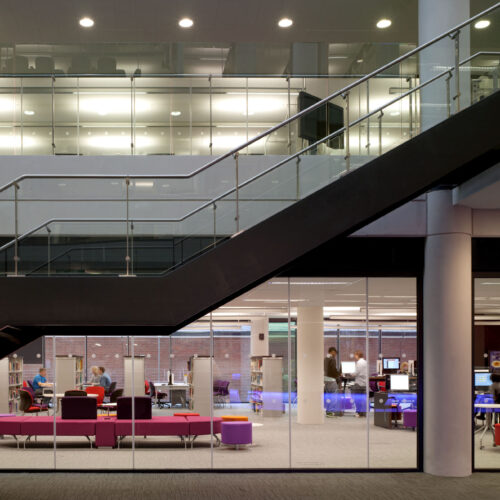 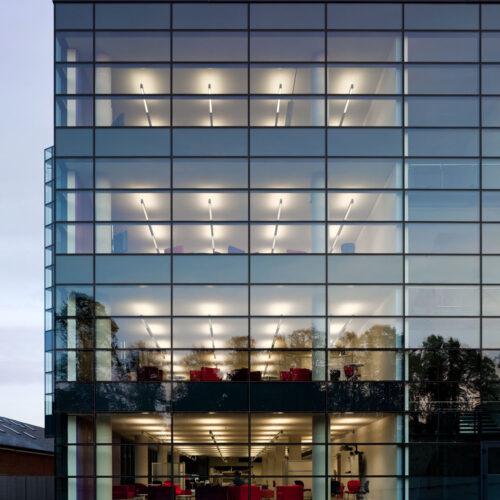 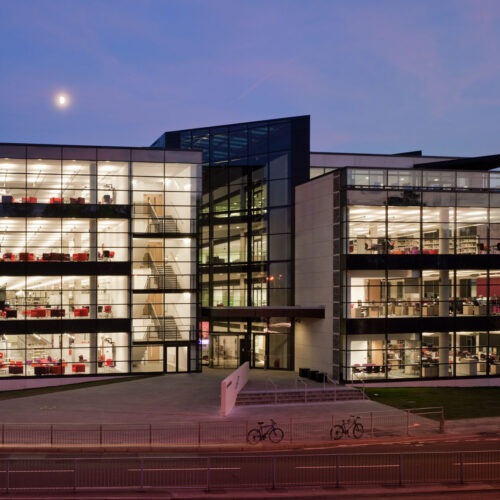