At the heart of the Helical masterplan, a large mixed-use redevelopment is bringing new life into a charming and characterful area of West Smithfield in the City of London. Phase 3 of the redevelopment of the site, the residential block is one of the final pieces in a 3.2 acre development that includes residential units, office and retail space.

Colorminium were appointed directly by Helical alongside other key trades to commence design work of the building envelope, working with a pre-cast concrete specialist.  A concrete frame building was designed by Sheppard Robson with a brick clad façade and inset glazing modules to most of the façade, with curtain walling and architectural cladding at the higher levels.  The drive for early appointment was to take the architectural intent and work up an off-site process so that as many of the windows as possible could be installed in the pre-cast concrete factory, an approach that Colorminium has adopted several times recently.  With a novation agreement in place, Colorminium made the transition to the successful contractor for the actual build with most of the design complete.

Programme and methodology were vital to the whole approach and were the major drivers throughout the design process.  A very constrained and tight site with the various blocks almost filling the footprint, the drive for off-site manufacture was huge.  A lightweight pre-cast concrete solution was developed with windows factory fitted.  At ground level, retail units occupy the street elevation and were designed as a more traditional stick curtain wall system to be fitted onsite.

At high level, the building sets back over 2 levels creating terrace zones.  These areas have a steel frame, so a stickwork curtain wall system has been utilised which again is site fitted – with the terrace giving the zone for doing this.  Large bespoke feature fins provide expression also to the curtain walling on the link bridge above the roadway to the back of the site.

At high level, pure bronze cladding was used to cloak the mansard and frame the glazing, giving a stunning finish at the crown of the building.  This has been designed as a ventilated rainscreen enabling a last fix process to avoid damage to the sensitive materials.  Architectural metalwork including glass and metal balustrading complete the package along with copings and aluminium cladding to the inset balconies.

The project commenced in the factory in August 2018 and on site shortly thereafter. The completion in late 2019 was highly anticipated as all watched eagerly this stunning scheme come together. 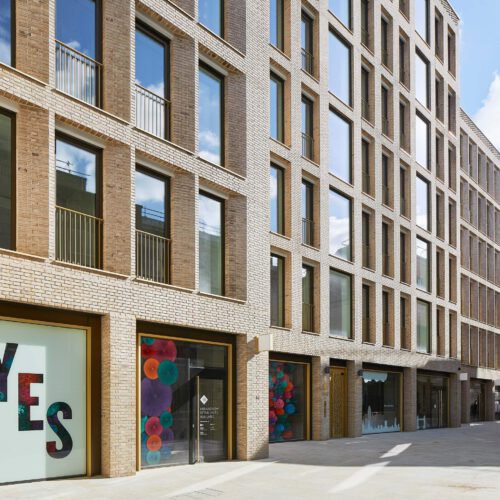 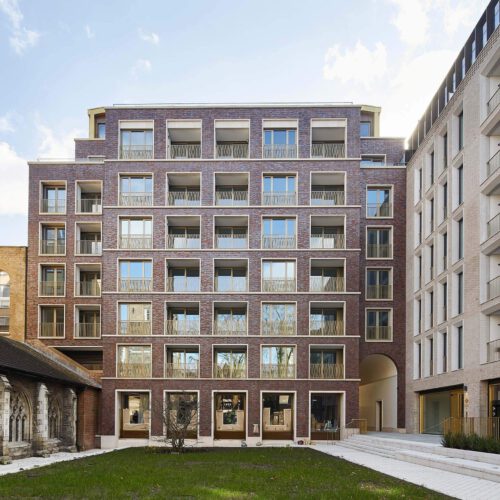 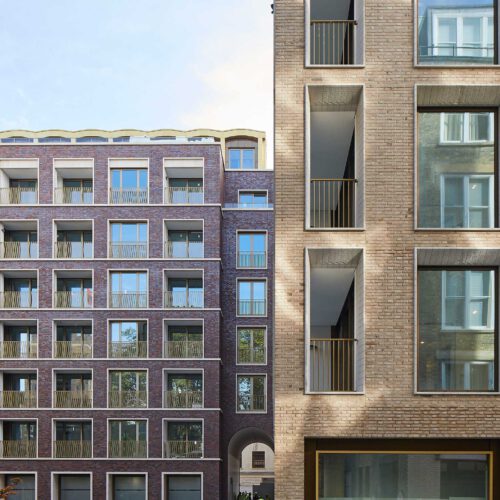 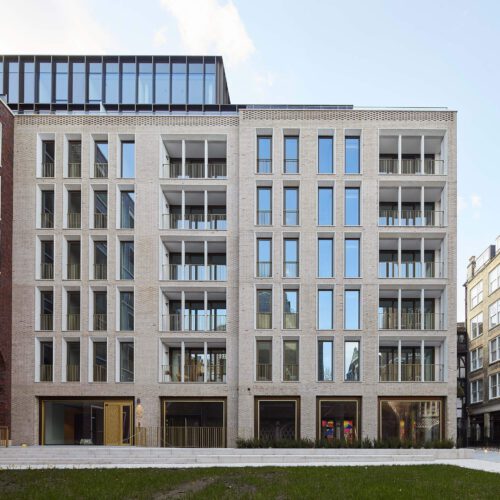 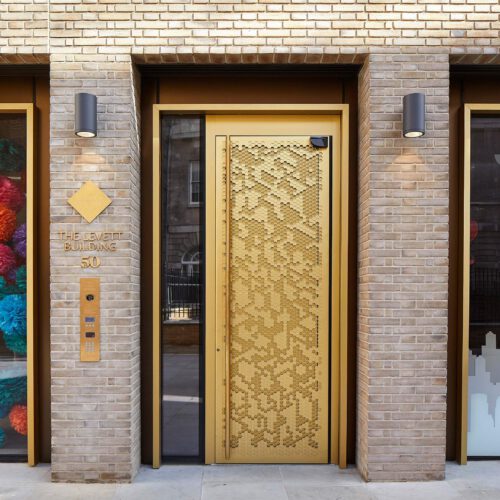 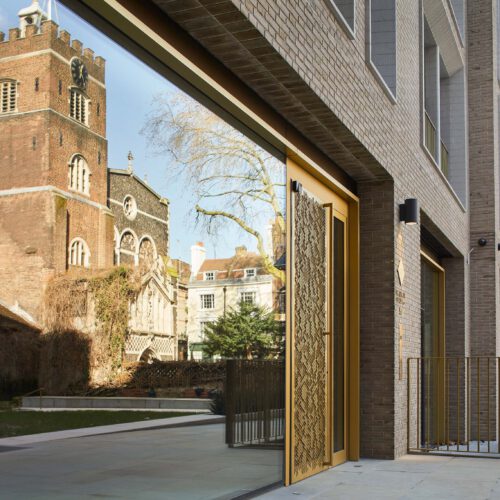 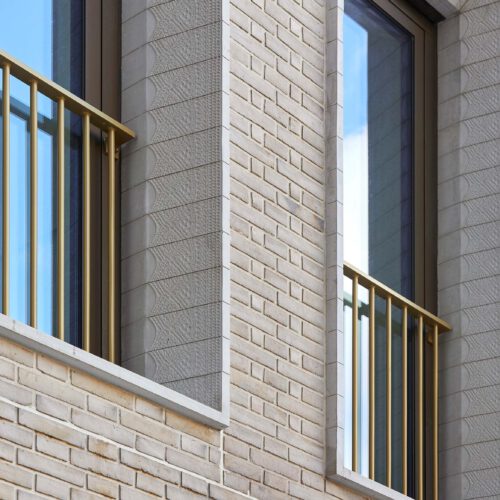 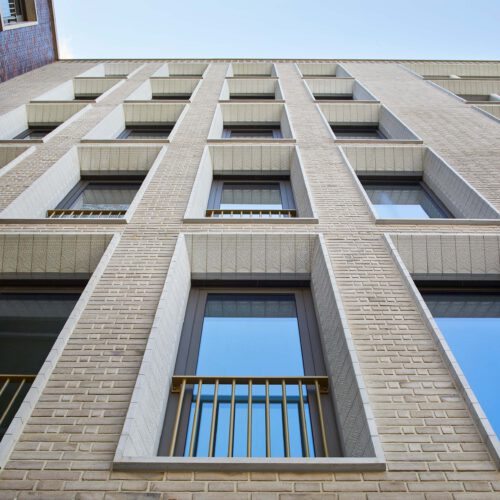 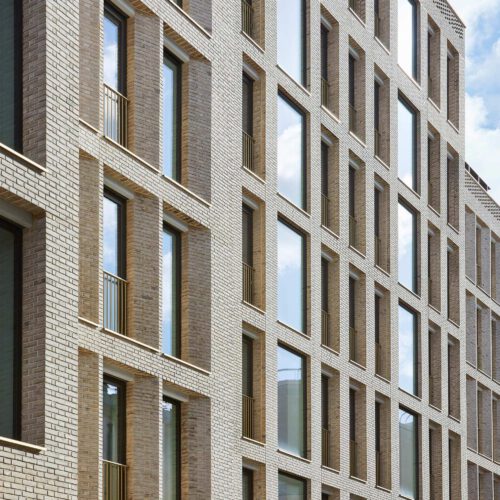 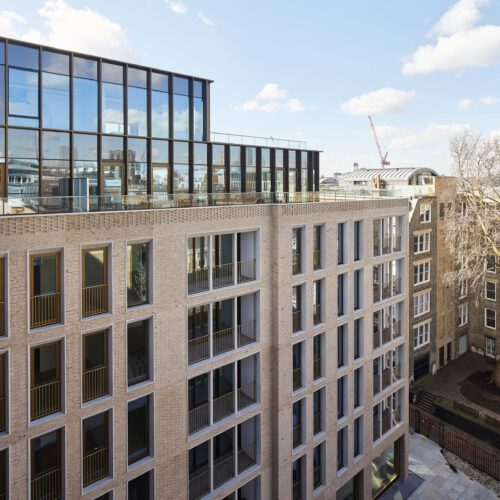 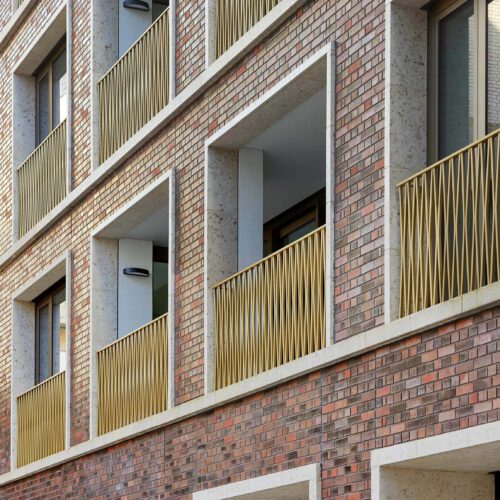 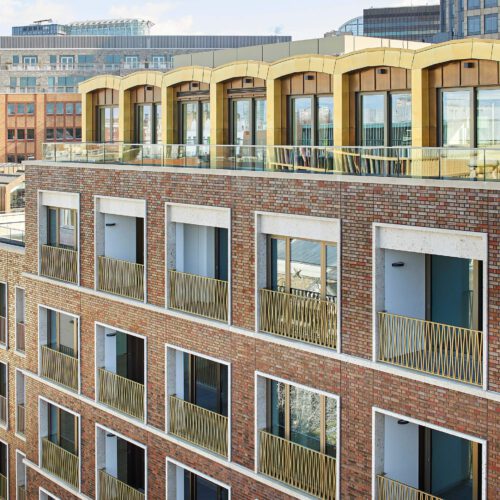 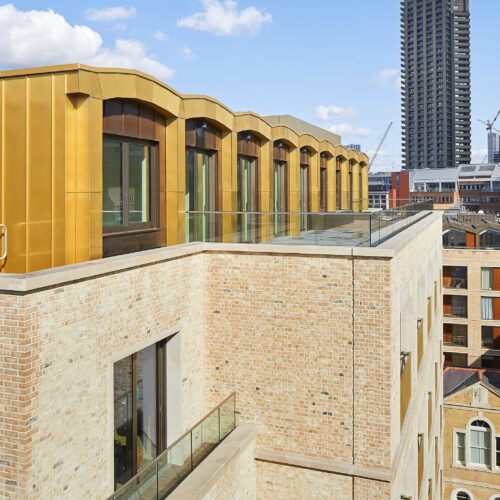 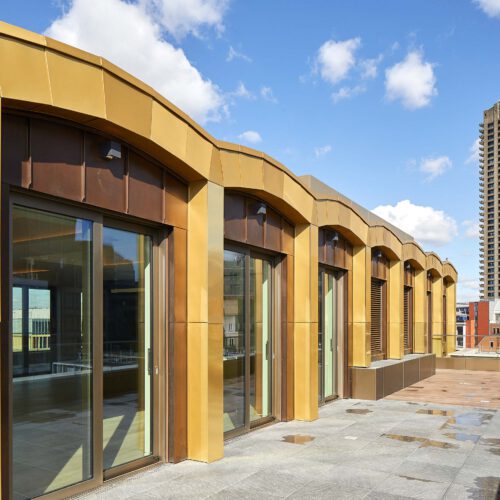 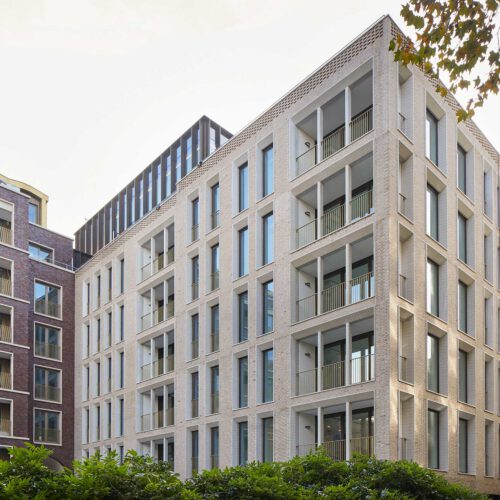 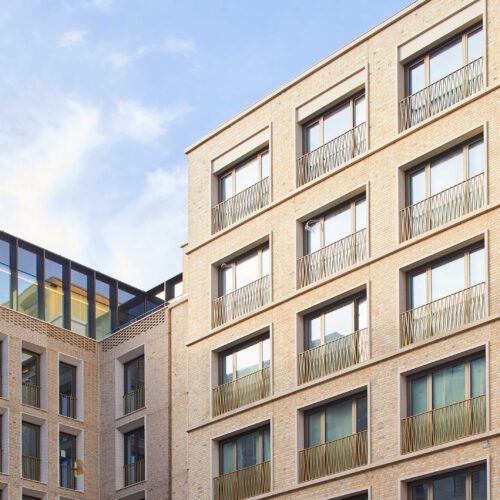 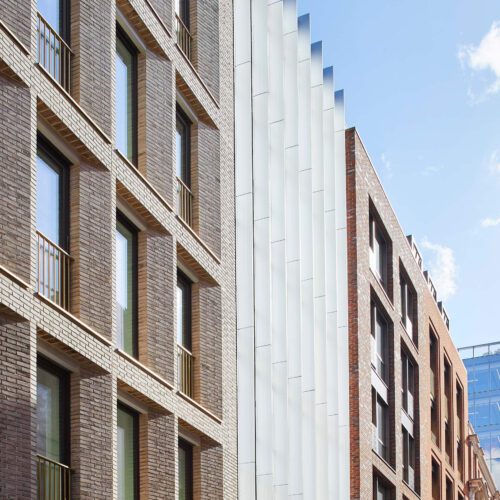 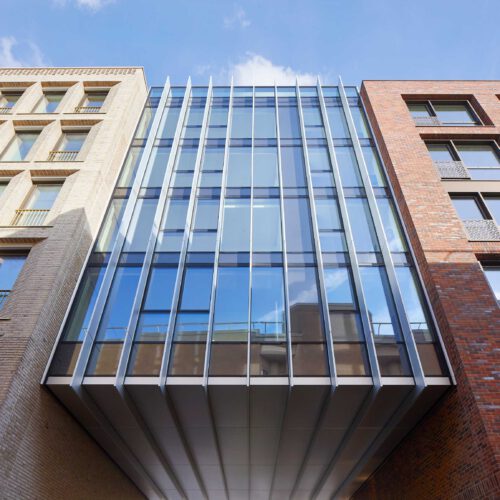 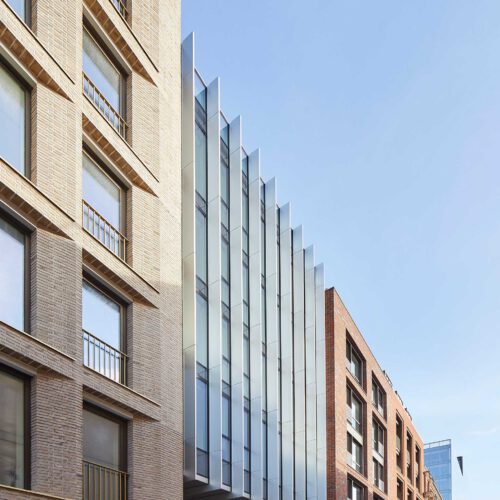 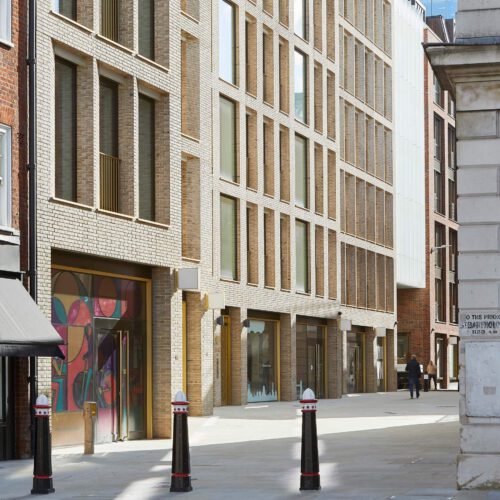