The European Bioinformatics Institute (EMBL), enhances an already impressive campus at Hinxton and will host over 200 researchers and the new European research infrastructure for life science data.

The brief for the new European Bioinformatics Institute was challenging in all aspects from managing the clients expectations through to detailed design and a complex delivery.

Colorminium engaged with the architect in the early Stage C design period to bring expertise to the intent of encapsulating the steel frame structure with a high performance façade that had a number of bespoke and unique features. Advice on the procurement route was also important in ensuring that a single point of responsibility in terms of risk management and critical path programming could be achieved.

With the client brief clear, a conceptual overview process at Stage C with the architects commenced to make the vision a reality. A four-sided building with central atria had been adopted with the 2 long flanks facing North and South. The North elevation was inclined outwards and fasseted giving a ‘saw-tooth’ effect on plan that meant the glazing apertures were parallelogram’s with structurally bonded insert vents required for natural ventilation. The South elevation was less complex but due to orientation, had a large curved brise soleil secondary façade that replicated the ‘saw-tooth’ pattern of the North façade.

In addition to the glazing, a curved cladding zone at the head and base of the glazing was introduced to flow across the East and West elevations and join the two main facades and maintain the symmetry. East and West elevations had stainless steel mesh shading introduced that were movable to track the solar trajectory and large soffits that returned back to the structure.

Using stick system curtain walling with bespoke extruded profiles in areas, a strategy was adopted to make the building watertight with the glazing system and allow internal trades to proceed. Once off the critical path, we could return to complete the architectural intent by overcladding areas of curtain walling with a unique carrier system that meant the weathering line was maintained.

With Stage C principles established, technical advice continued through Stage D to Stage E where at point of contract, Colorminium were well placed to complete the process.

Early collaboration at the point when key architectural decisions were being made meant that we were able to bring our engineering expertise to bear at the right point in the process.  A detailed knowledge of the cost plan also helped avoid the intent or finishes being re-visited later in the process and enabled a stunning result to be achieved to the delight of all parties involved. 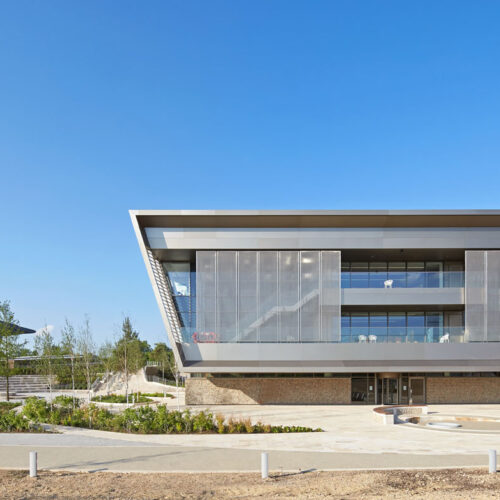 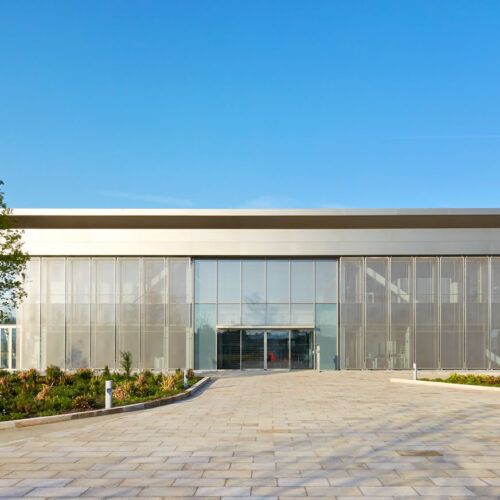 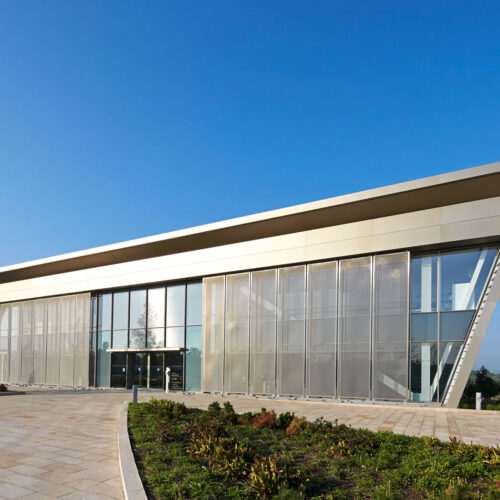 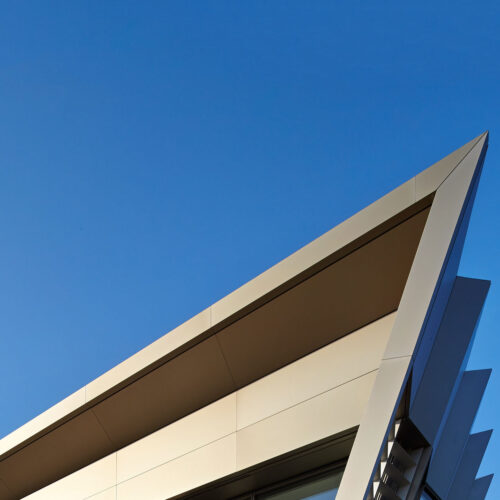 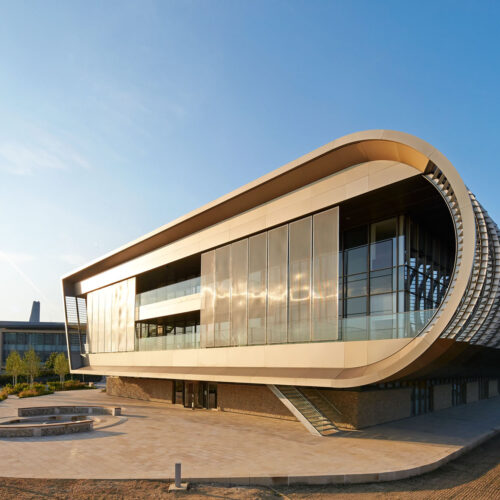 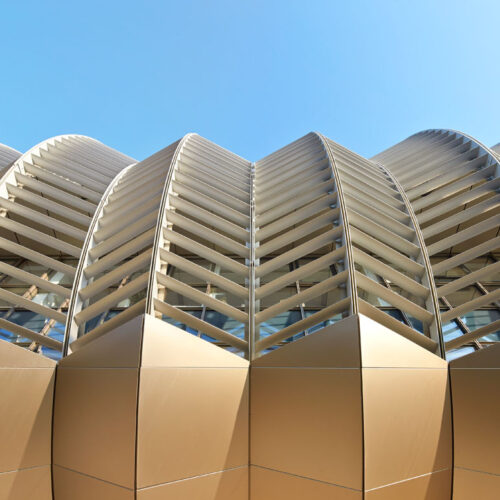 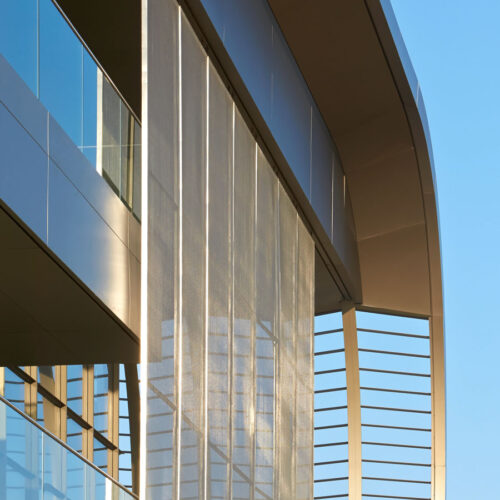 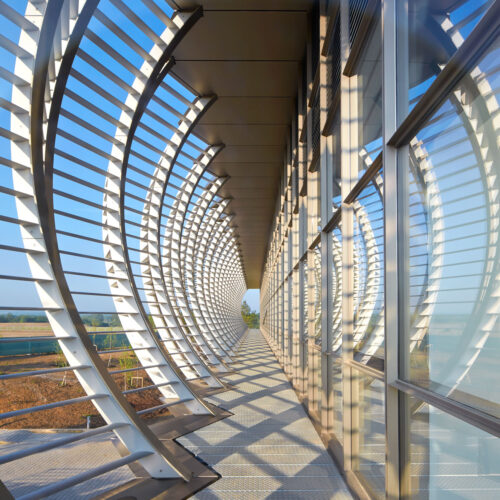 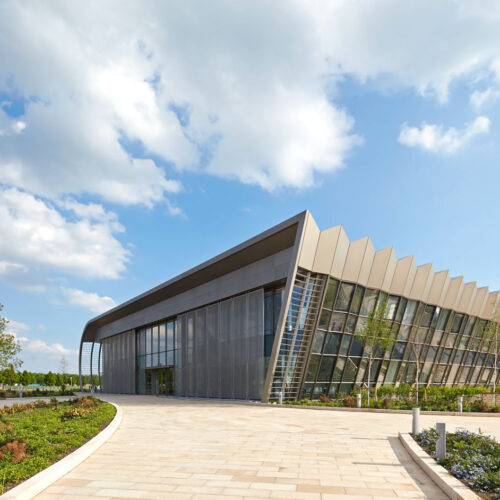 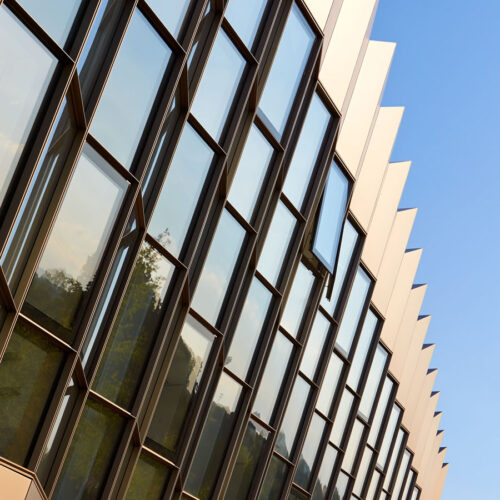 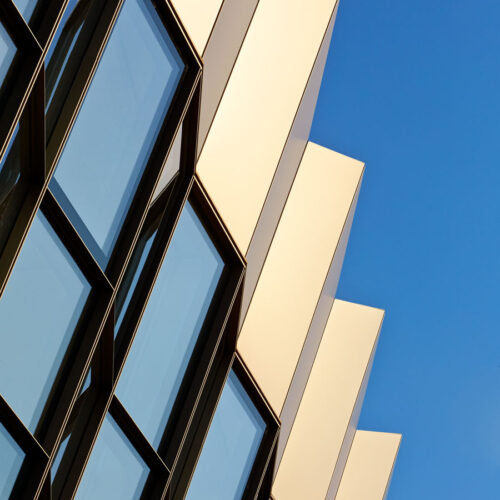 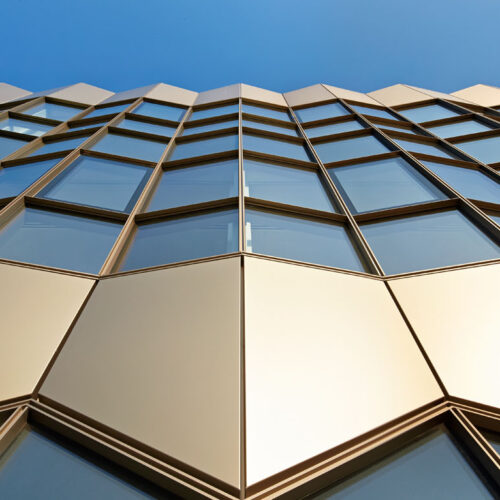 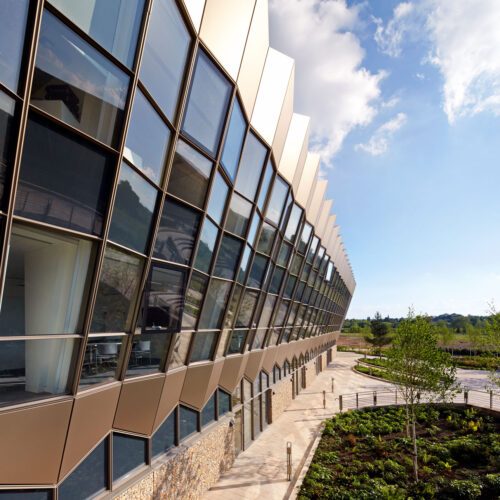 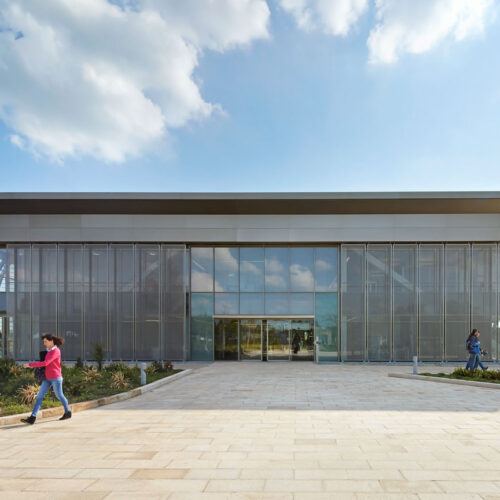 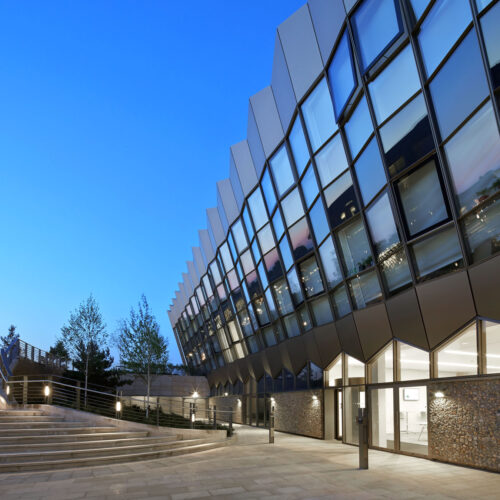 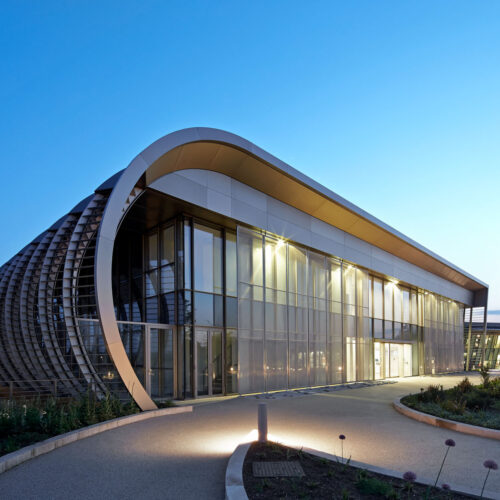 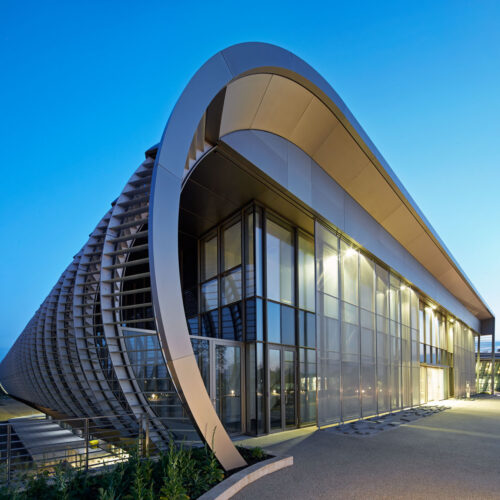 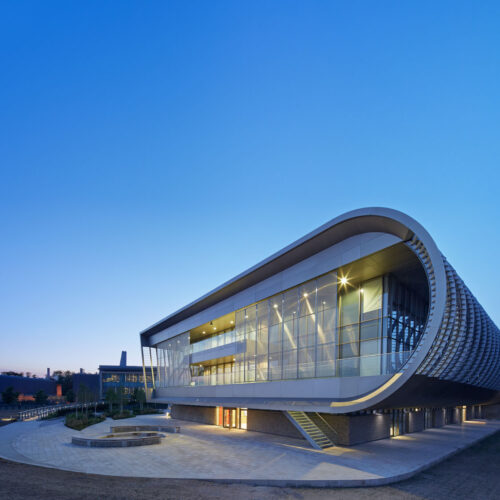 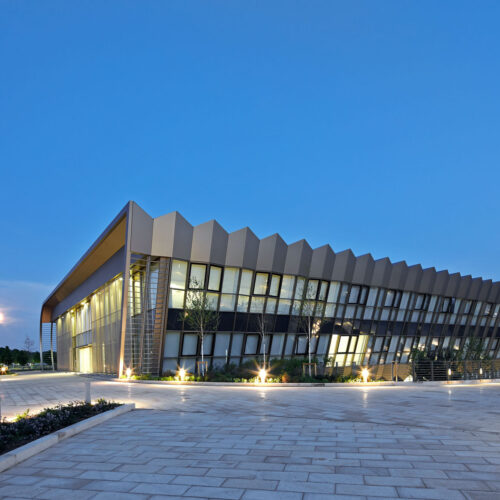