Across the river Thames from the Houses of Parliament and in the centre of the St Thomas’s Hospital site, the thirteen storey tower built in 1966 underwent a facelift to the façade.

Won through a design competition by Hopkins Architects, the existing tower had a number of issues that needed addressing including water ingress and excessive solar gain. Partnering with ISG, the scheme was to build a secondary façade skin to solve these issues and at the same time leaving the existing façade in place and causing minimum disruption to the building occupants.

Using a structural steel frame at roof level, a grid work of cantilevered steel beams were aligned along the edge of the façade and designed to take the weight of a full unitised façade.  Stainless steel tie-rods were hung from the tips of the cantilevered beams and picked up a steel walkway at each floor level, dropping down the building progressively.  At each floor level, the existing slate façade was penetrated to take the loadings of a secondary structural frame and walkway back to the existing structure.  The steel walkways had provision for building movement built into the design with the tie-rods picking up the front edge from the floor above.

Once the hung steel framework was complete, a unitised curtain walling façade was then hung off the edge of the walkways from the bottom up.  Large unitised modules up to 4m wide x 3.8m high were constructed with integral brise soleil built into the framing and a louvre zone at the head of each panel to mask the walkway juncture and provide ventilation to the secondary façade zone.  All the steelwork and glazing was installed successfully from a scaffoldless installation due to extremely tight site conditions.

Other areas of work included a terrace level at roof level which was built on the top walkway.  This included waterproofing and an integral balustrade.  Openings were cut in the existing façade and sliding doorsets installed giving access to the terrace.  Further areas of curtain walling to liftshafts and link bridges were also included.

Working within an extremely complex live hospital environment was highly challenging but our methodical and well planned approach ensured there was no disruption to the occupants. Coupled with that, a highly complex engineered façade was successfully installed within time and budget leaving a delighted client. 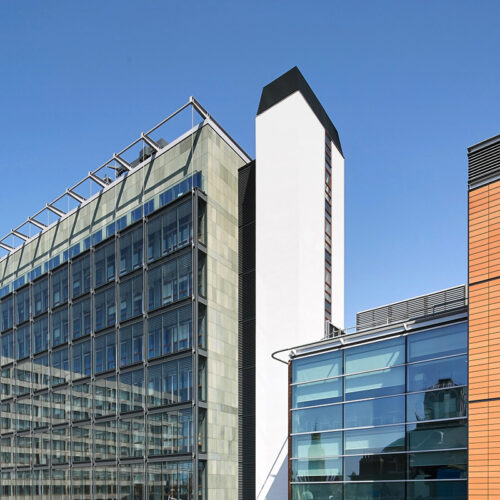 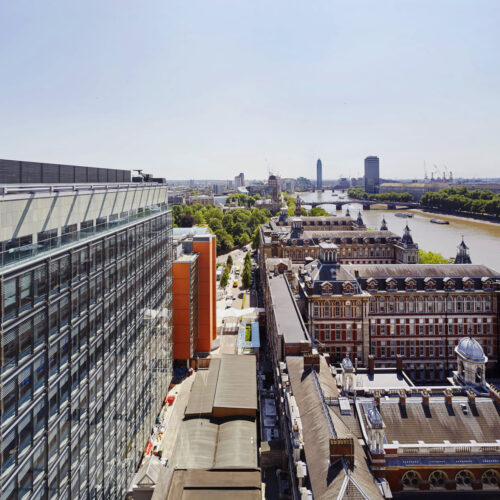 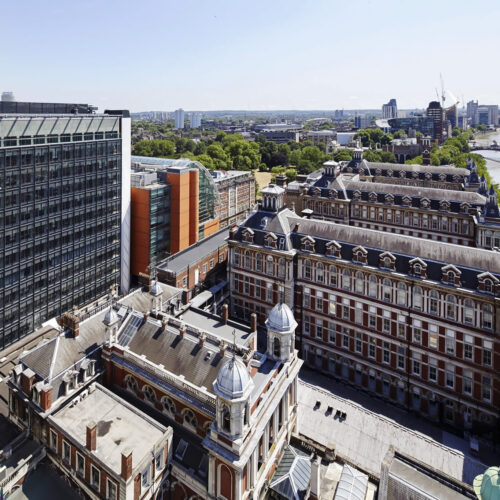 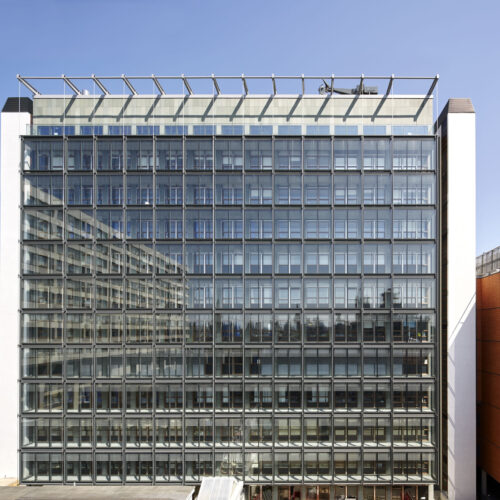 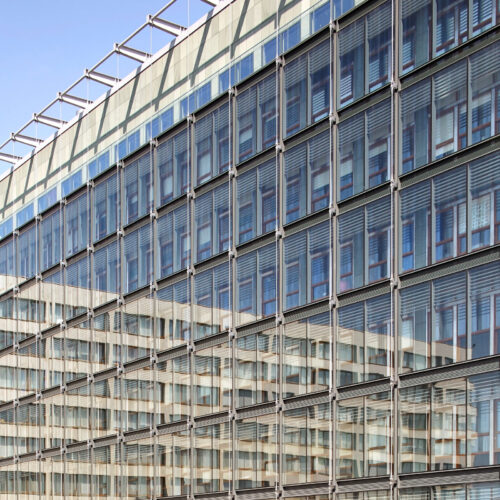 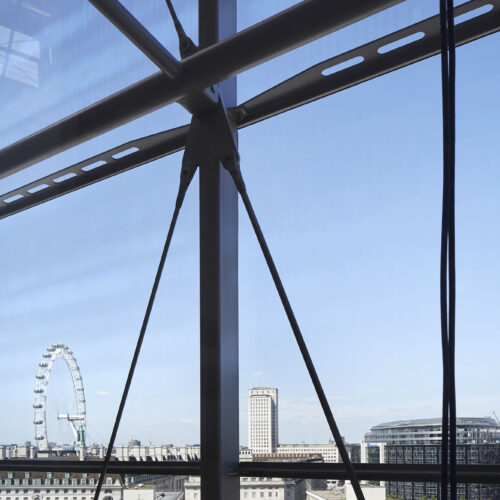 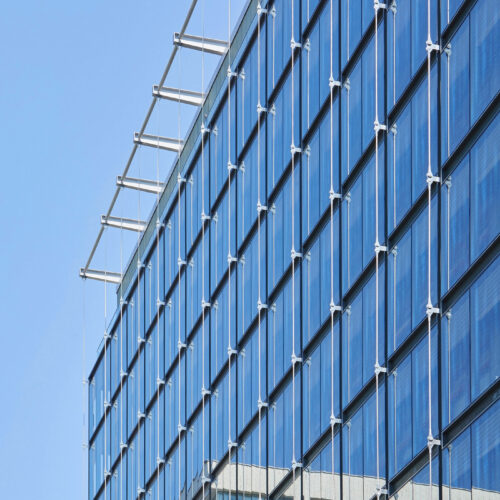 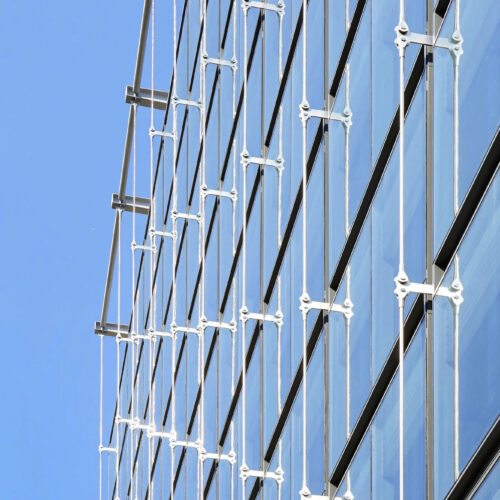 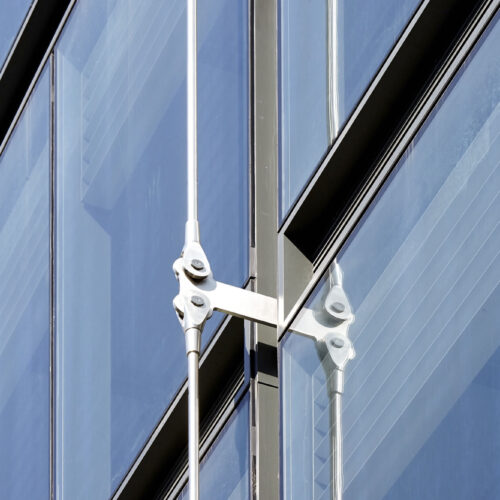 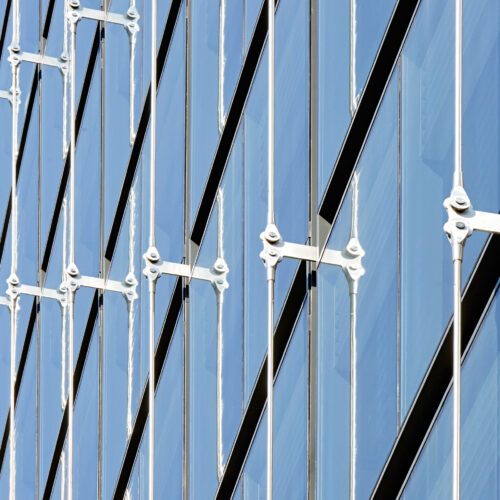