The transformation of the Seagrave Road car park in Earls Court to 808 high-end residential homes was one of the largest and most high-profile residential developments in London.

Employed by contractor Sir Robert McAlpine, Colorminium worked on the design from the early Stage D stages to engineer a high performance solution for the façade alongside the design team as it progressed to Stage E for Phase 1 of the scheme. At that point, the intent was locked down and ready for delivery of what is one of the most sought after addresses in London.

Phase 1 comprises four individual blocks of which Colorminium have done three. Constructed from a concrete frame, the façade is a mixture of pre-cast concrete panels, glazing and architectural cladding. Working closely with the pre-cast contractor, the glazed elements were designed from conventional stick curtain walling to walled areas of glazing with some capped and some structurally glazed. Areas of glazing within the pre-cast cladding are punch hole window and sliding door systems.

At the roof levels, the building steps back to create terraces where again curtain walling is used to all sides with integral brise soleil. Plant areas at roof level are enclosed with louvre screens and areas with stair cores and shafts are clad in architectural cladding.

Integral balconies were also designed to be installed once the façade was complete as modulised units that could be lifted to position. Entrance portals to the concierge areas were being designed to be sympathetic with the remainder of the façade elements.

With the majority of the 237 apartments in Phase 1 of the scheme sold, the project is now complete and has set the benchmark for following phases. 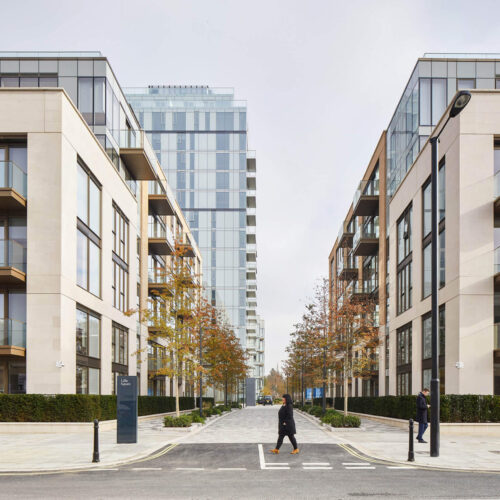 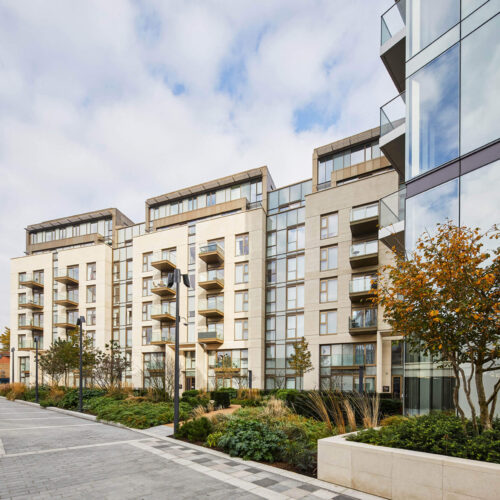 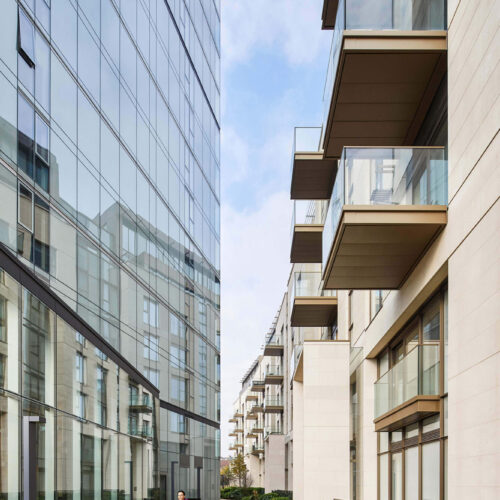 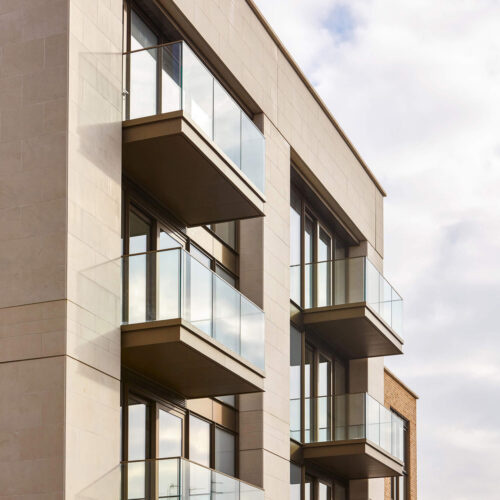 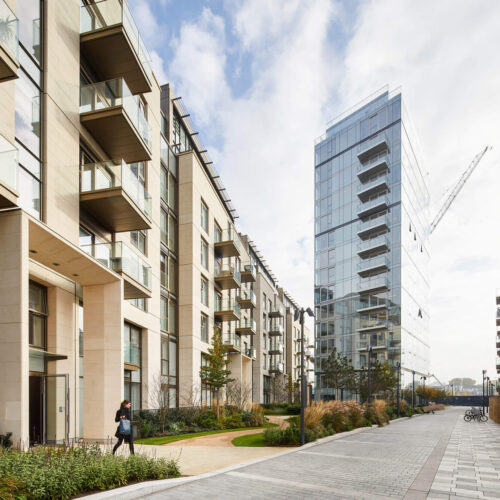 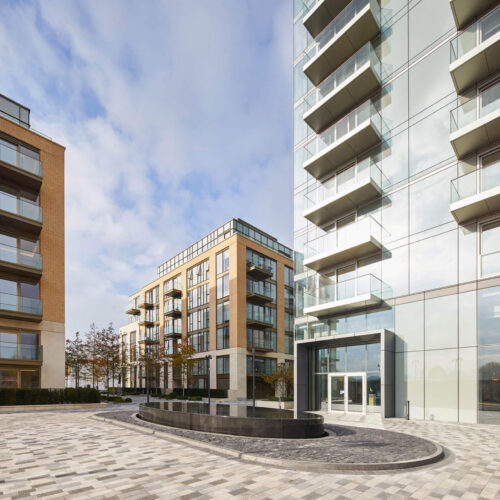 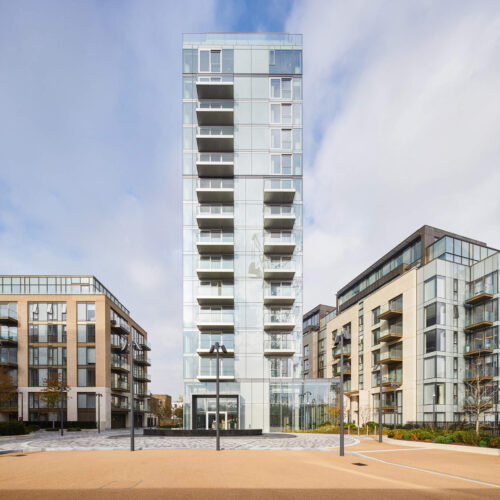 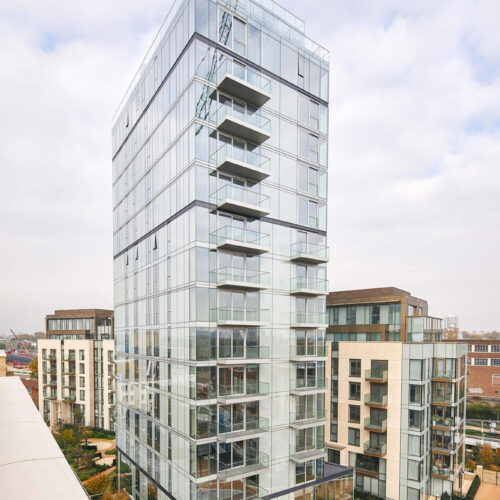 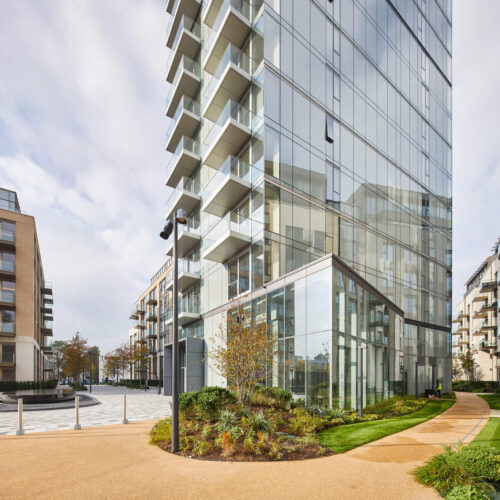 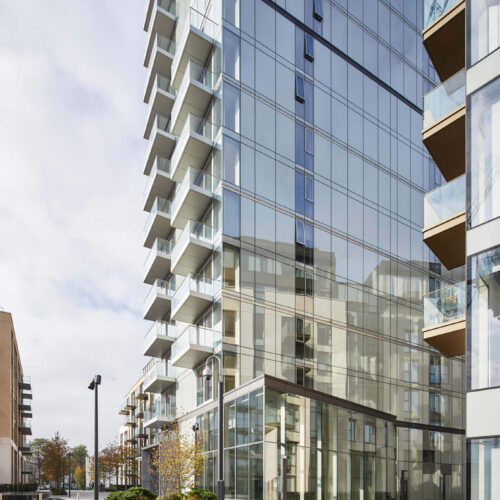 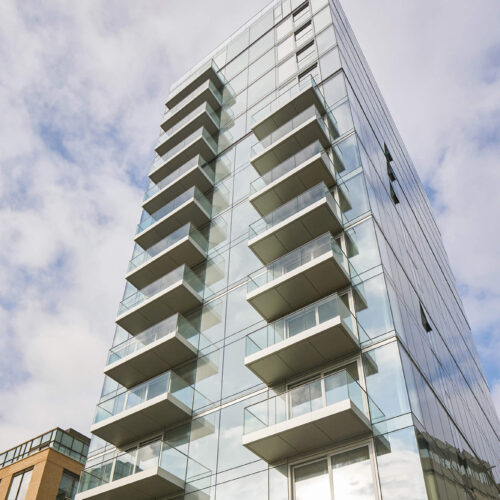