The first Canopy by Hilton hotel in the UK is now complete.  Featuring iconic feature fins, this stunning 342-bedroom hotel is situated in a prime City location in Aldgate.  Designed by architects Acme, this 1970’s office block underwent a radical reconfiguration taking inspiration from the East End neighbourhood it’s in and is a fitting development to accompany the expansion of the City of London.

Commissioned by the client 4C Hotel Group in January 2017, Colorminium worked on a façade strategy starting with optimisation through to developing the detailed design of the façade with Acme architects from RIBA stage 2.  To assist the client in capitalising on his return, a set of cost parameters for the complete envelope was worked up with a brief to understand, unpick and challenge the façade approach – all with the view of providing best value.

At the conclusion of the façade strategy work, Colorminium’s contract was novated across to main contractor with unitised fabrication commencing in the middle of 2018.

Working on a stage 2 design, the various façade aspects were reviewed, and a detailed proposal was put together.  Initially approached as a site constructed stick and window system, the benefits in terms of programme and off-site quality were quickly investigated and a unitised system came through as the more viable option in both regards – although on face value façade rates are higher.  An integral part of this are the full storey height feature fins that clad the existing pre-cast frame and bridge between the unitised glazing.  These were also designed to be fabricated off-site and unitised to give the speed of installation required that enabled the fit out to commence.  At roof level, stickwork curtain walling is used to create a rooftop restaurant and at ground floor level, canopies and entrance doorsets including cladding to an undercroft area complete the package.

With the majority of the hotel being an existing building, the in-situ pre-cast concrete vertical fins had to be accommodated by installing a new weathering line including fire-breaks ahead of the new unitised installation.  The glazing passes all slab lines giving continuity of the performance of the system and effectively encapsulates the building envelope in a new high performance “skin”.

As well as detailed design, a sound approach was needed in finalising the methodology of what has been a challenging build.  The constraints of an inner-city environment were all there to be juggled with, as well as an overlapped programme with the hotel fit-out.

The success of this stand-out landmark project is a true testament to the early engagement, and our ability to collaborate and integrate at the design stage, to achieve our client’s vision. 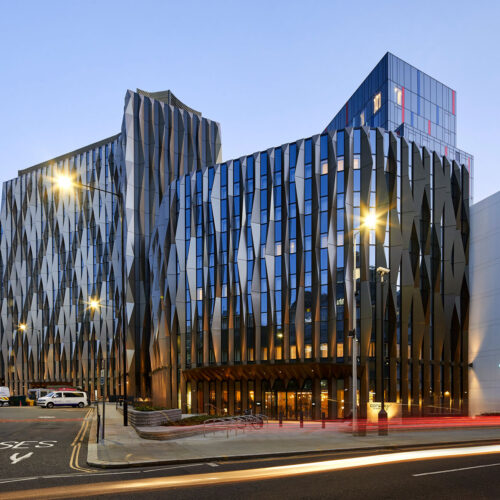 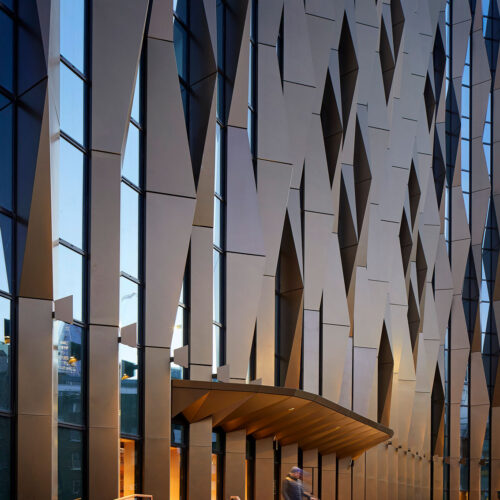 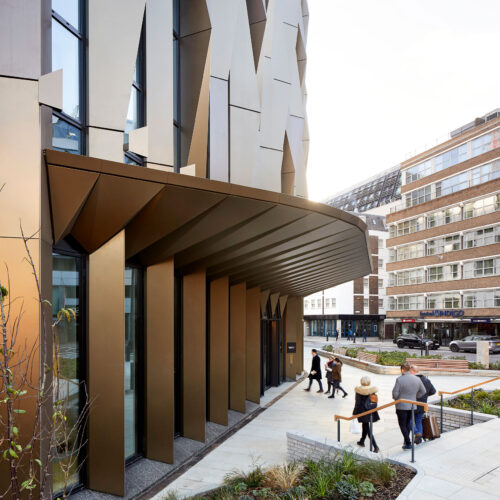 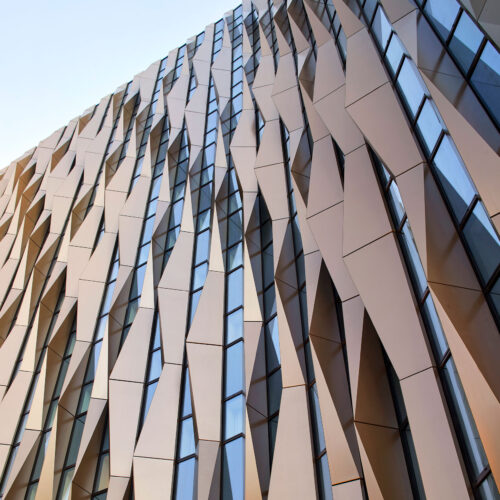 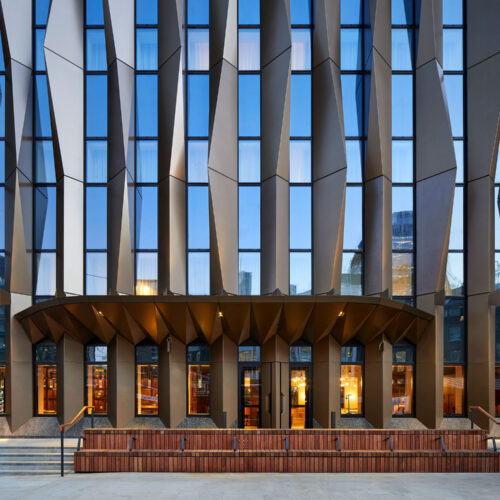 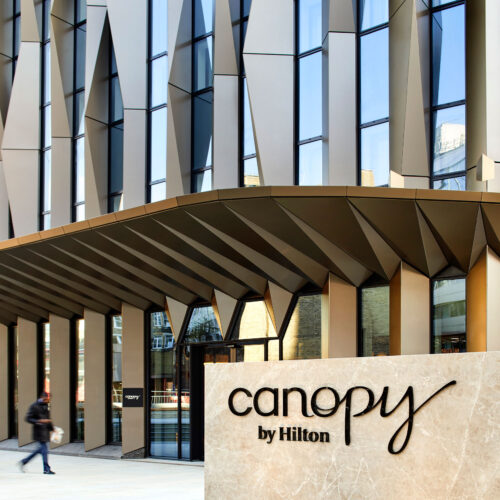 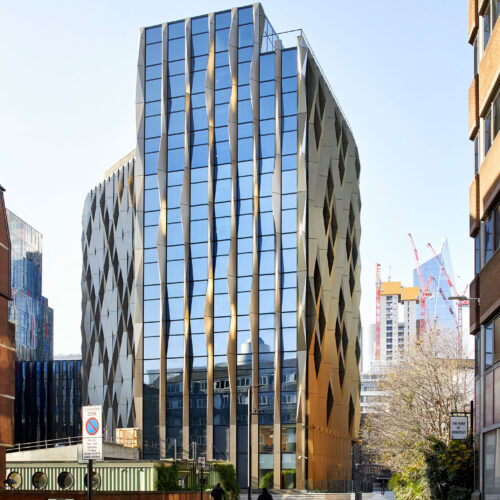 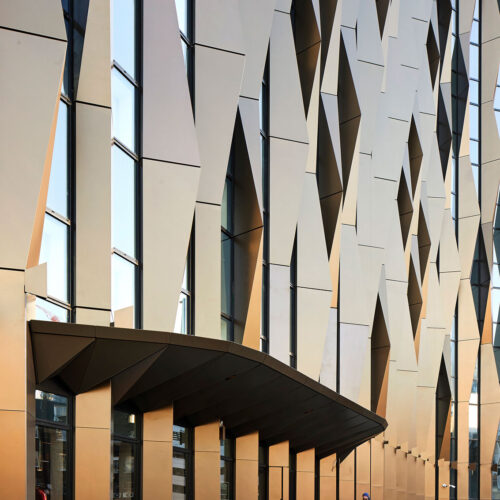 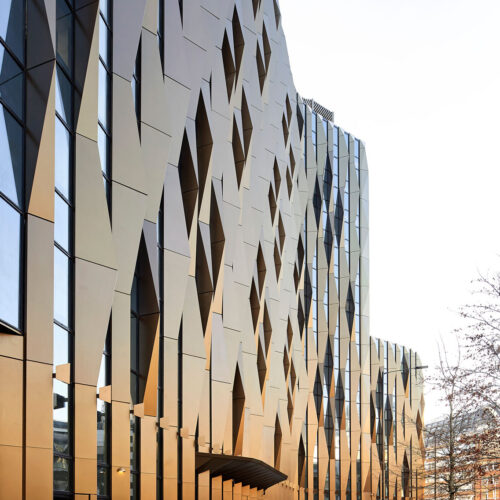 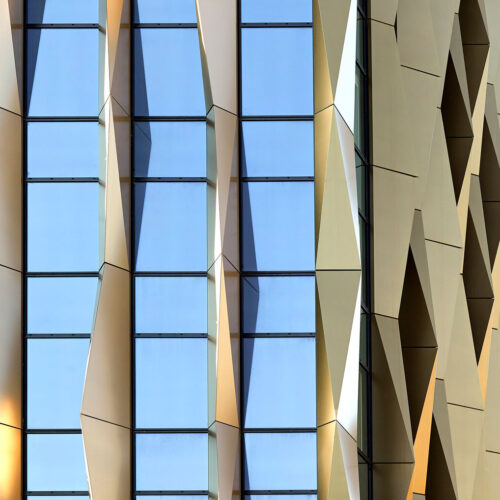 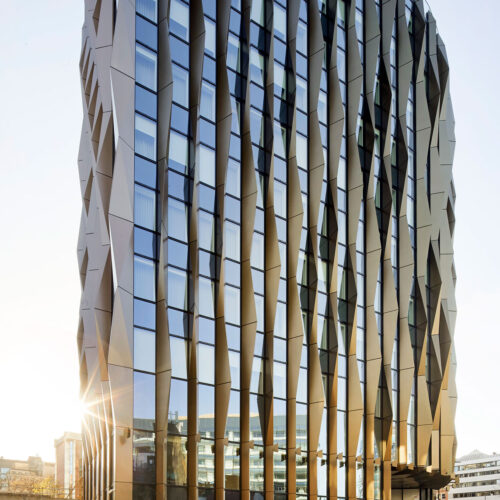 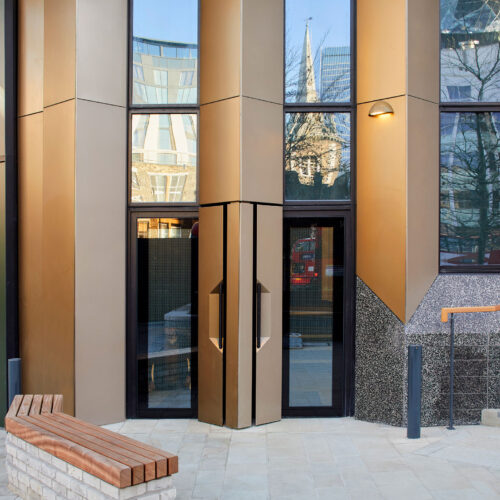